WSDisplay is a manufacturer and distributor of signage, banners, custom trade show displays, and aluminum extrusions, among other offerings. The company started in a tiny garage and has maintained its relevance in the marketplace by overcoming modern-day challenges and constantly evolving to give its customers exactly what they want at a rapid-fire pace. WSDisplay has adeptly handled an industry-wide problem—the skilled labor shortage—through the usage of easy-to-use automation and evolved into what is, today, one of the largest wholesale display companies in the nation.

On an early morning in November, I had the pleasure of speaking with Clay Avilez about the company he has been a part of for a decade. Clay’s enthusiasm is contagious, and I can feel his enormous smile radiating through the phone. Yes, this is just a phone call, but Clay’s pride is palpable.

Clay is the manufacturing manager for WSDisplay, and he loves detailing the company’s rise to success. “It’s not up on our website, but I’d love to share with you our Cinderella Story.”

In 2001, one very optimistic fellow, Craig Van Velzer, embarked on a business venture. He decided to open up his very own Sign World, a large franchise specializing in signage, out of his home garage. Due to the industry being so saturated in signage, Craig believed that he would have to diversify the product offering in order to remain competitive. 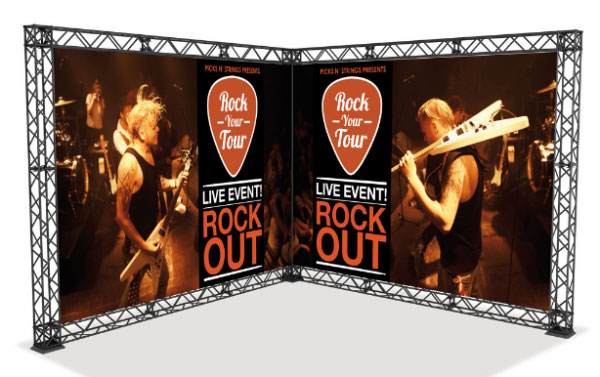 Craig’s strategy was twofold: start an online business in order to garner a more national presence and expand his product line to include trade show displays. It worked, and the business began to flourish.

By 2006, Craig’s growing team had moved to a 12,000-square-foot facility designing, printing, and shipping all of the products to happy customers nationwide. But shortly after, the recession hit, and more decisions had to be made. Craig knew that in order to get through the economic downturn, he had to change his business model from predominantly retail to wholesale, thus, the birth of WSDisplay (WholeSale Display).

But the growth wasn’t done just quite yet. In 2014, the company nearly tripled its size and moved to an 83,000-square-foot facility in Carlsbad, CA.

Finding a Home in the Workplace 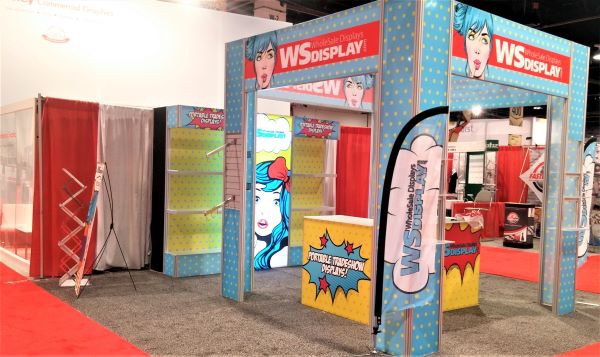 Today, WSDisplay is consistently ranked in the Inc. 5000 list of top growing companies and has graced the list for the past 5 consecutive years. What started as 3 employees has grown to 150, and all in a 20-year time span.

The secret to their success? Constantly reinventing themselves has played a large role, but according to manufacturing manager Clay Avilez, the company culture is what really sets WSDisplay apart. “It’s an atmosphere where you can come to work and it’s like a second home—when hiring we look at people who fit because community is so important to us.”

This sentiment is confirmed by O.C. Tanner, which nominated WSDisplay as one of the top 10 coolest companies to work for in San Diego, amongst goliaths such as Scripps Health and Qualcomm. WSDisplay is described as being “an open atmosphere of learning through self-help training and webinars. Employees who work for the sign company say it’s more of a home than a work place.”

From Zero Experience to Manufacturing Expert

Clay Avilez has his own unique path to success within WSDisplay. Five years ago Clay was given a large promotion after working in the print house for six years, where he began his career as a graphic designer. He was to head the newly founded manufacturing facility as the manufacturing manager, no small role. The manufacturing facility was intended to enable the production of custom products, and the addition of a metalworking shop would allow WSDisplay to manufacture made-to-order aluminum extrusions. 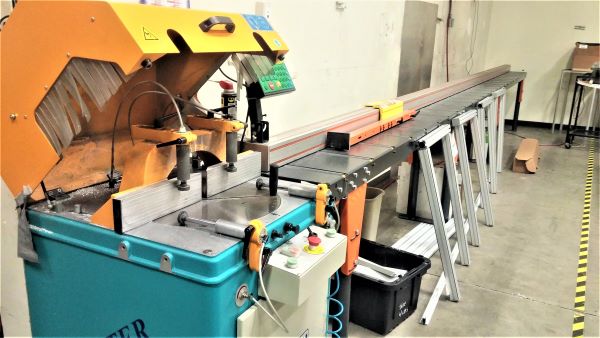 But what Clay lacked in experience he made up for in grit. As an inherently process-oriented and results-driven guy, Clay went to task fine-tuning the manufacturing facility. When there’s a will, there’s a way.

“My boss had purchased a TigerStop, and it was sitting on a crate with an up-cut saw,” explains Clay. So he and his assistant got to it. They cracked open the crate and began setting up the TigerStop on the up-cut saw.

“My assistant and I set up the TigerStop and quickly realized, ‘Wow we don’t have to measure parts with a tape measure anymore!’ I then read the manual and thereafter operated the machine for the first time. I wasn’t even in manufacturing at the time. I had never used this kind of machine in my life. Neither had my assistant who was previously working in the warehouse. Now we make huge custom displays that are simply beautiful.”

Clay has since put together a team of six who dedicate their time to the manufacturing shop. Their work is highly specialized and requires precise tools to bring their customers’ designs to life. “What we look for in our machines is ease of use, ease of repair, and speed. We like to have all three in every single machine we use from our mill drill to our up-cut saw, it always really comes down to speed,” explains Clay.

WSDisplay is able to stay competitive as a company by offering custom solutions, quickly. Speed is the name of the game. “We are the lowest priced on the market, which is made possible because our overhead is low. Being able to have processes in place so people can do it right the first time is also vital to our success. With our TigerStop we have no doubt that when something is cut, that it’s cut correctly and it’s cut quickly. TigerStop is a no brainer,” says Clay.

Clay elucidates further: “People say ‘you are only as good as your weakest worker.’ Well, because the TigerStop is so simple to use, everyone knows how to run it and we don’t have a weakest worker. It is so cool to take any of our employees and have them be able to use the machine regardless of skill or experience.” 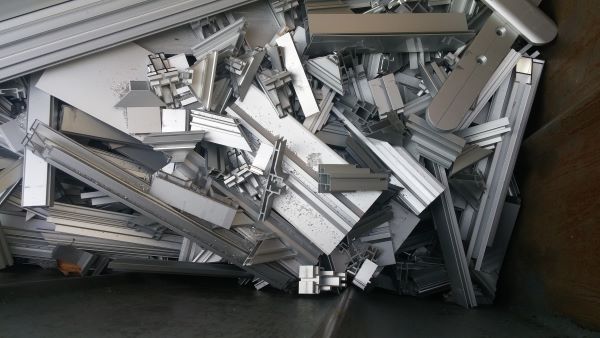 Not only has the TigerStop helped with the unskilled labor challenge, it has dramatically reduced the amount of raw material waste in the shop. The WSDisplay metalworking shop doesn’t have to empty their scrap bin as often as most. “TigerStops are so efficient, and we have such little waste, that we fill our scrap bin only once every 3-5 months.”

Today, WSDisplay’s manufacturing shop has more than doubled its output from last year, largely due to the demand for custom-made aluminum solutions. The company’s expansion doesn’t stop there, though. A second 83,000-square-foot facility opened in Harrisburg, PA, in 2017. Make sure to follow WSDisplay closely—these guys are on track to live happily ever after.