Garages have become so much more than a breeding ground for knick-knacks and tchotchkes or a sanctuary for that one hoarder in the family (don’t worry, we won’t mention names). The modern garage has evolved into an extravagant enclave to house the good fortunes of prolific car collectors, wine connoisseurs, and motorcycle enthusiasts.

More Than a Garage 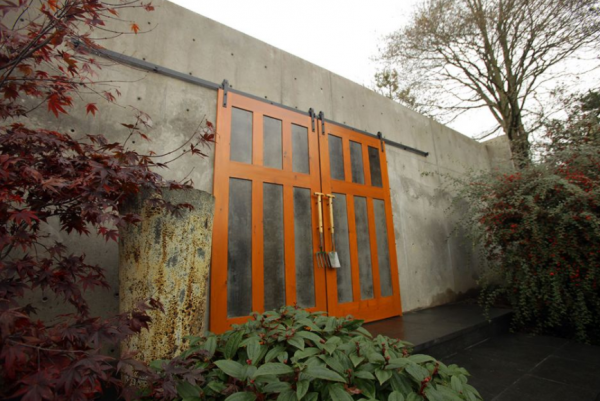 Today’s luxury garage is outfitted with state-of-the-art controls—nest thermostats, next-generation big-screen televisions, and top-of-the-line lounge furniture. Such extravagance is a dream come true for high-end designers and contractors, like builder Don Rees, who has been bringing his customer’s dreams of a better man cave to life since 1976.

You won’t find any faux coatings, laminates, or hollow cores. The doors are built solid through and through, giving the doors their weight and ability to weather the elements, as well as insulate and soundproof their environments. Real Carriage Door Co. takes authenticity very seriously, hence the name, Real Carriage Door.

Its customers can recognize the quality and ornate detail immediately, which is why Real’s carriage doors were chosen for a recent barn-style garage remodel in Connecticut featuring a subterranean wine cellar and costing over $1,000,000. This over the top remodel graced the Wall Street Journal article Luxury Garages: Where the Car is King.

“These are not just garage doors—these doors are a work of art,” says customer Robert Heacox. Another proud door owner, Brett Marlo DeSantis, explains, “What stands out about these doors is the workmanship and the craftsmanship.”

In addition to carriage doors for car enthusiasts, Real Carriage Door Co. is also a leading manufacturer of interior barn doors, sliding doors, folding doors, and entry doors to name a few. It is well known in the historical preservation scene and has been involved in a number of significant restorations across the East Coast, explains Director of Operations, Dan Allred. 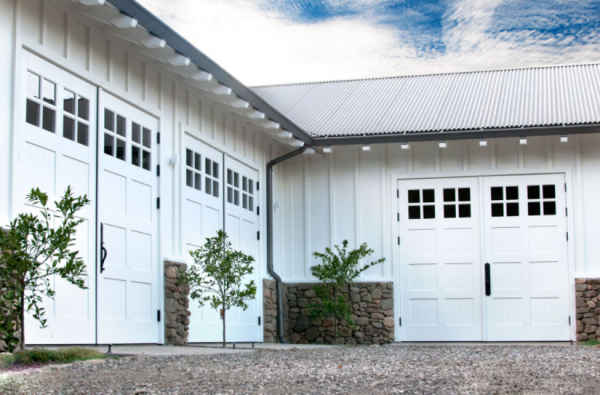 Dan is a 10-year veteran of the company and has been witness to the incredible growth over the last decade. “We started out as a small family-owned operation with an office and 4–5 guys in the shop. Now we have 2 wood shops, 3 locations, 38 employees, and 16,000 plus square feet of facility space. We even have a successful hardware division.” The hardware division specializes in decorative door accents, sliding hardware, hinges, handles, latches, and knobs.

Dan explains that a large proportion of Real Carriage Door’s jobs are custom. As a high-end custom manufacturer, cut lists vary from job to job, making the accuracy of cutoff production vitally important. To ensure repeatable accuracy in its door production, Real Carriage Door Co. sought out a SawGear automated positioner by TigerStop. The stop attached to the company’s DeWalt chop saw and guaranteed the cutoff process resulted in accurately cut parts with tight tolerances.

Dan explains, “I noticed the immediate benefits of the SawGear automated positioner. Labor wise, it cut down on the time. It has also improved consistency in our product.”

It wasn’t much later that Real Carriage Door Co. bought a second unit for the shop. Next came a third and a fourth. Today the company has 6 material stops throughout its 16,000-square-foot facility on a plethora of chop saws and jump saws.

“I have been with the company for 10 years, far before we had any SawGears in operations, so I’ve seen the advantages they have presented,” explains Dan. “They are huge time savers. That’s the first immediate thing I noticed about them.” By simply typing in desired measurements into the SawGear controller, the operator bypasses the archaic process of pulling out a tape measure and marking material for each cut. It eliminates human error and accuracy issues and delivers parts that are cut to specification.

“We have 2 shops with 18 guys using them at any time,” explains Dan. One might wonder how quickly it took the shop’s operators to get up to speed on the SawGear technology, especially with so many different users on the equipment each day and with the manufacturing industry’s current skills gap.

But Real Carriage Door Company needn’t worry. “SawGears are very user friendly. It only took minutes to train our guys on them, and miscut waste and inaccuracies have decreased,” says Dan. 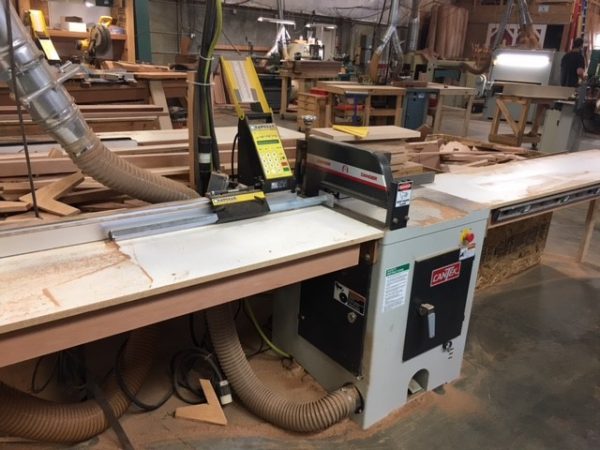 With scrap waste at bay and product conformity handily met, Real Carriage Door operations have been running seamlessly. Focus can now be concentrated on sourcing the best wood available, whether fine-grained Douglas fir or beautiful cedar, to use in the construction of its elevated carriage and sliding doors.