The startup of Harvest Lane Honey stemmed from a growing need. “A decade ago, I used my woodworking tools to build a beehive because our backyard garden wasn’t producing well due to bad pollination,” Jason Waite says. “My mother-in-law (and co-owner) and I researched remedies and found that beehives made great pollinators, which are much needed for great gardens.”

Having worked in the architectural woodworking industry for 15 years before building his first beehive, Waite says, “I have always believed customized woodworking offers a way to make things better.”

That belief was put to the test when he decided to improve on the traditional Langstroth hive with his own beehive design after being unsatisfied with the ones he found. His backyard garden blossomed, attracting his neighbors’ attention, and Waite began getting requests to build beehives for others.

A Hive of Activity 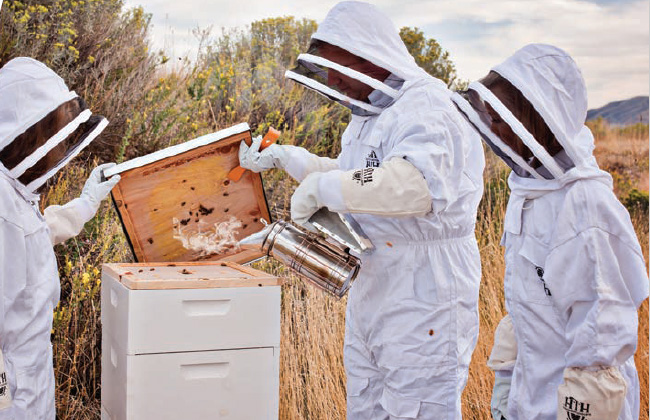 The business no longer operates out of Waite’s garage. With 50-plus employees, Harvest Lane Honey operates from a shop in Tooele, Utah. Along with Waite and his wife, Mindy, her parents, Mike and Rhonda Wells, co-own the company.

Products are sold domestically and internationally at HarvestLaneHoney.com and retail stores. The all-in-one backyard beekeeping kit, which includes the outer and inner cover, deep hive body, and bottom board, is offered in a variety of styles and sizes.

Production of the hives originally was a labor-intensive process. But since adding new technology to the shop, including an Ironwood upcut saw with a TigerStop automated material pusher and stop system, the company has eliminated a significant bottleneck.

“The TigerStop precision automation equipment completely changed the production timeline. With it, you type in the coordinates for the needed cuts. It completely takes out the possibility of human error and provides precise production quality cuts, repeating the pattern over and over,” says Waite.

The difference in producing parts using the Ironwood with the TigerStop automatic stop system versus the old way is night and day, he adds. “Before, we ripped using an old shop saw. We would stop and cut, stop and cut. It was so tedious doing it over and over.” 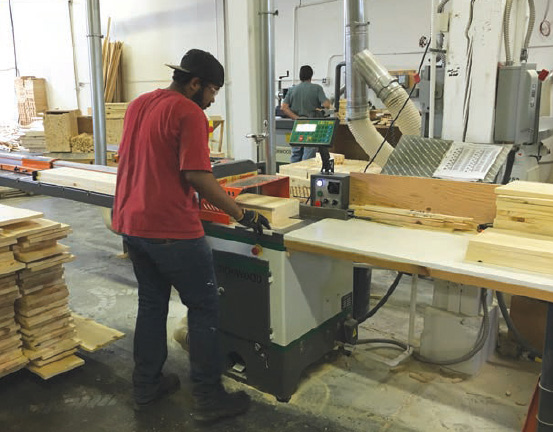 The precision automation of the TigerStop system used with the Ironwood upcut saw has increased productivity and efficiency exponentially, Waite says. “TigerStop creates a smart machine and it is a good company to work with. We have had the TigerStop equipment for 1-1/2 years and it runs perfectly. It is the kind of equipment you can routinely run night and day. I appreciate that it helps us increase productivity and reduce the man-hours and downtime associated with the more labor-intensive method we had with the old chop saw.”

Waite says the TigerStop and Ironwood combination runs six to seven hours a day, non-stop. “It gives the same cuts over and over. You put your program in and it cuts the part perfectly every time.” Also used in the production are rips saws, table saws, and shapers. “Having increased flexibility with our production area allows us to offer a variety of different hive designs,” he says.

The hive boxes and frames are constructed from premium 3/4-inch wood frames and protected with two coats of exterior paint. The company uses primarily Douglas fir and ponderosa pine in the manufacturing process. Metal and plastic parts also are used in the construction of the hive.

Saving the Honeybees One Hive at a Time 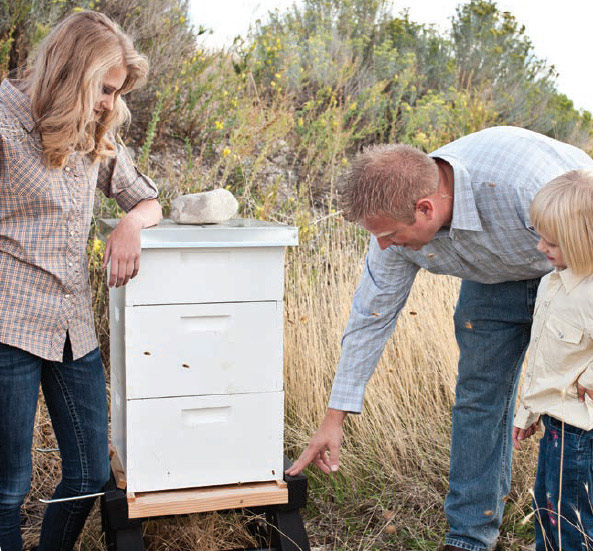 “We also keep 150 hives and sell bees and other products. Selling the bees is more of a service to our customers,” says Waite. That service, along with trade shows and social media promotions, has led to increased sales, and the company was recently profiled in Forbes for its success.

“Most people know that the honeybee population has been declining for years. We think that home hives may be one factor in helping to increase the population. Beyond that it’s a great, ecologically safe way to create a garden. With the proper training and equipment, it is safe.”

Waite says the success is like a dream. “We had no idea when we started that the company would grow this big.” Having a location in Utah, also known as the Beehive State, merely adds to the buzz.