Superior Fruit Equipment is one of the largest manufacturers of professional fruit tree loppers in the world. The use of an aluminum saw system has allowed it to re-shore its entire aluminum extrusion operation from China and continue its long legacy of providing the highest quality fruit tree tools around.

Home Among the Orchards

At the confluence of the Columbia and the Wenatchee Rivers in the great Pacific Northwest is a small city of roughly 33,000 people. This charming city in Washington State is famous for being the “apple capital of the world” due to its valley’s fertile orchards. It makes sense that one of the greatest manufacturers of fruit tree loppers got its start here.

Superior Fruit Equipment was founded in Wenatchee, WA, in 1995. At its founding, the company took over manufacturing the most well-known and respected brand of professional fruit tree loppers, Hickok Pruning Tools, which got its start in 1928.

Until recently, Superior Fruit Equipment operated out of a 27,000 square foot Wells & Wade building in Wenatchee that was constructed in 1943.

Made in the USA, Used Around the World 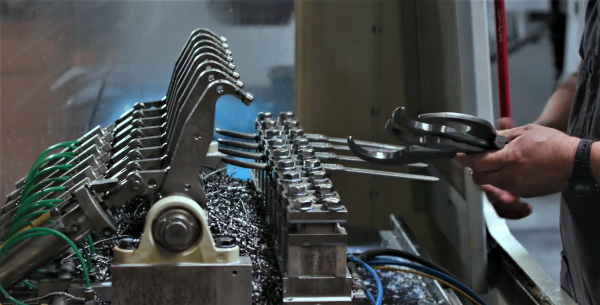 Superior Fruit Equipment prides itself in manufacturing its line of pruning and fruit harvest tools in the good old USA. It produces the highest quality loppers using the best materials. Its loppers aren’t inexpensive, but that’s because they’re made to last. It allows Superior Fruit Equipment to offer an unbelievable lifetime warranty.

Others have caught on to this small town’s big innovations, which is why Superior Fruit Equipment has dealers all over the world—that is, in the various fruit and nut growing regions of the world. Their products find themselves at home in the professional agriculture markets, grape, nut, and fruit markets across the USA, Mexico, Australia, South America, Canada, and Europe to name a few.

“We are not structured to mass-produce lower quality products to compete in the discount arena. Because of this, our products are only available from those sources that offer the finest quality merchandise for the discriminating buyer.” 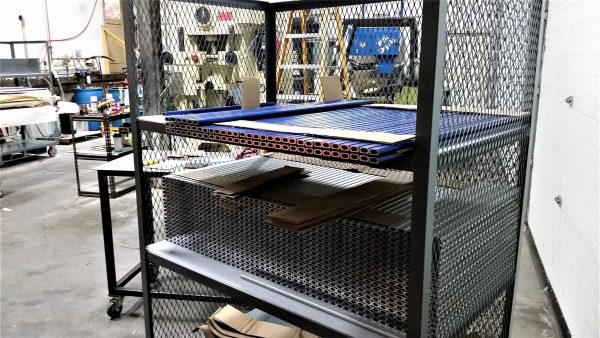 So what does the best lopper manufacturer in America use to produce its products? We spoke with Kory Mattson of Superior Fruit Equipment, who elucidates further.

“We used to cut everything by hand with a cold saw, we did it that way for probably 15 years, four extrusions at a time, and all by hand.” This worked well for a reasonable amount of time until Superior Fruit Equipment became so large that it could no longer meet demand using its manual sawing method. “We got so big we decided we would give China a try,” explains Kory.

“Our extrusions were costing us 0.58 cents per foot and another 0.40 cents per foot on top of that just so they could be anodized our signature blue color, a huge expense. China made sense because our parts could come to us with holes pre-drilled in them, cut to the length for our 6 different lopper sizes, and anodized our signature blue color, all for a very reasonable price.”

Outsourcing the aluminum extrusion processing division of their business seemed like a good idea on the surface, but the honeymoon phase ended fairly abruptly. Slowly but surely customers started catching on.

“We started getting complaints from our customers about lopper handles bending. We sent the handles to a lab to get tested because they were bending much faster than the domestically produced handles. We realized that we had to re-shore our aluminum operation.”

Bringing the Craftmanship Back Home 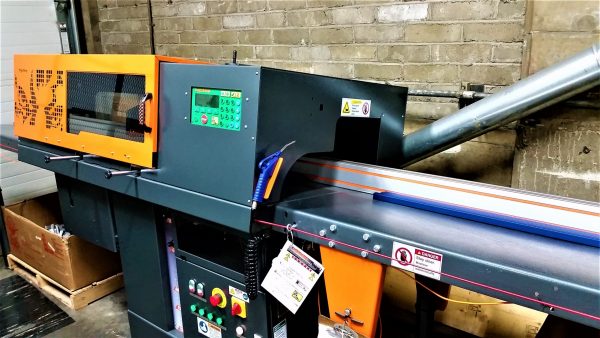 Superior Fruit Equipment knew they needed to bring aluminum cutting back in-house, but they weren’t sure how to go about doing so. They needed to find an efficient and cost-effective way to produce their number one selling loppers.

“It’s a pretty funny story how TigerStop’s name came to mind,” explains Kory. “Our boss, Stan, picked up a TigerStop flyer at a trade show 15 years ago. He had kept the exact flyer for all of those years! So we immediately called TigerStop’s phone number from the flyer.”

“Let’s just say we are glad we could help you get a good Return on Investment from that trade show 15 years ago!”

In 2017, Kory told us, “We installed a TigerSaw 2000 on our cold saw. That thing cuts so many aluminum extrusions so quickly. It’s faster than we can currently put it to use for. We can cut 18 pieces of extrusion at a time using the TigerSaw 2000. The problem is, our operator can’t pull 18 extrusions off before the next batch is done. Next year we are building a new facility that is going to be twice the size of our shop right now and we will have more room for additional outfeed tables which will solve this problem. But currently, in our shop, we are able to cut 6 extrusions at a time. TigerStop has allowed us to re-shore our entire aluminum extrusion operation.” And in their new building in Wenatchee, Superior Fruit Equipment continues to grow and make highest-quality products at home.

“The TigerSaw 2000 cuts all of the lopper handles, which range in size from 14 inches all the way to 36 inches. Being able to increase production is the biggest benefit for us. I would say it is 6 or 8 times faster than before. There’s just no comparison. I wouldn’t even want to dream about doing it the way we did before,” says Kory.”Let’s just say we are glad we could help you get a good Return on Investment from that trade show 15 years ago!”

Business has been up 15 percent every year for the last 7 years for Superior Fruit Equipment. Its “Made in America” mantra has paid off handsomely. Last year alone, the company produced a whopping 70,000 loppers.