How To Read a Tape Measure Accurately - TigerStop
Skip to content

Any woodworker worth his sawdust knows the Golden Rule measuring accurately: measure twice, cut once. In most traditional woodshop settings, this means using a retractable tape measure to check and recheck the accuracy of a part’s dimensions before sawing a workpiece to size.

In the hands of a skilled craftsman, a properly calibrated tape measure will help yield the 1/64 inch (0.015 inch) tolerances desired to produce high-quality cabinetry. The parts will be square, the joints will be snug, and the reveals will provide clearance for doors and drawers to open and close without an excessive, unsightly gap.

But what good is it to measure twice if the tape measure’s user doesn’t know how to get a correct reading? What if two colleagues collaborating on a project take different measurements? And what if the tape measure itself is old, bent, and out of whack?

The tape measure, in spite of its benefits—portability, affordability, etc.—is hardly infallible. Let’s take a closer look at some of the device’s potential pitfalls.

Getting an Accurate Read

Obtaining accurate measurements begins with knowing how to correctly use a tape measure. Currently, manufacturers of all sizes and stripes are finding it difficult to recruit and hire skilled workers. They often settle for new hires who very likely have never held a tape measure, let alone learned how to read it properly. Without proper training, measuring mistakes are bound to happen, and the longer they go unnoticed, the more material is turned into costly scrap and valuable production time is lost.

One of the most common errors among rookies is failing to “bury” the first inch of the tape measure. The metal claw at the front end of the tape can produce a measurement error of 1/16 inch. Exercising care to hold the tape measure as tautly as possible can minimize this error margin, but seasoned veterans know to use the 1-inch line as their zero-point and subtract from the total length accordingly.

Another common problem, especially among new hires, is their inability to correctly read the fractional markings on a tape measure. These markings—64 of them crammed into every inch—can seem complicated and confusing to the unskilled. For example, does the worker know the difference between 7-5/8, 7-11/16, and 7-25/64? One way to screen a prospective hire on his or her tape measure proficiency is to give the candidate a measuring test during the job interview.

Then there’s the issue of right-handed versus left-handed. Most tape measures are designed to be grasped in the right hand and for the tape to be pulled out using the left hand. In this scenario, the left hand is counted on to make an accurate mark on the workpiece. Considering that most humans are naturally right-handed, the less proficient a person is with his or her left hand, the greater the margin of error. 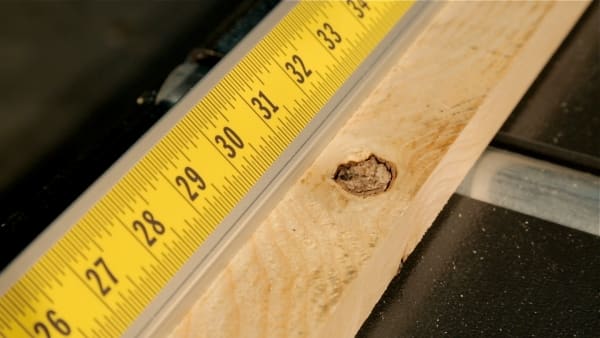 It should almost go without saying that a tape measure will generally become less reliable with age. Over time, the numbers on a tape will fade, and the tape itself can bend, rust, get tangled, or even break. Other abuse, such as being dropped on the shop floor or being snapped into the housing at full speed one time too many can cause measurement inaccuracies.

What’s more, tape measure buyers assume that a brand-new, just-purchased tape is always, without fail, dead-on accurate. Such is not always the case. While each tape measure manufacturer has its own process and guidelines for quality control, there is always a chance that a bad unit or batch gets into the marketplace. Additionally, the longer the tape is, the greater the chance for deviation in measurement.

Consider the timeless exchange on the Woodweb.com Architectural Forum. What begins as a frustrated woodworker grousing about the “lousy agreement” between the accuracy of tape measures in his shop quickly spirals into a gripe fest with eight other commentators.

Furthermore, your ability to measure accurately will vary depending on whether you’re marking parts with a thick marker or using a fine pencil with a 0.7 mm tip, for example. 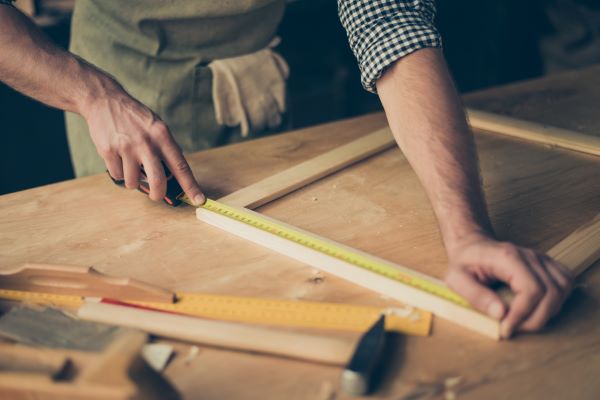 Whenever two or more employees are independently making parts for a project, the opportunity for dimensional error is compounded. The larger the shop … well, you do the math.

Consider this worst-case scenario of relying on inaccurate tape measures in a cabinet shop:

The bottom line is a new tape measure should be checked out of the box for accuracy, and older devices should be periodically inspected for kinks, dents, signs of corrosion, and so forth, as well as being checked and rechecked for accuracy. Failing to do so can produce the same types of costly errors as measure once, cut once.

Then again, if your frustration with your tape measure has reached its tipping point and you want to achieve the highest level of dimensional integrity, reduce waste, and speed production, then it’s probably time to invest in a TigerStop automatic stop.