In the early 1960s, John Cannistraro set out to build something special. Using $1,500 and ample encouragement from his wife, Rita, John founded J.C. Cannistraro LLC. Fifty years later, Cannistraro is a top-tier mechanical contracting firm with over 700 employees. Cannistraro has been touted as “Boston’s Largest Mechanical Contractor,” according to the Boston Business Journal; been named one of the “Top Places to Work” by the Boston Globe; been placed in the “Top 50 Mechanical Contractors in the U.S.” by ENR Magazine, and even inducted into the Massachusetts Building Congress Hall of Fame.

Joseph Mierzejewski, Cannistraro‘s Vice President of Plumbing, details how the company’s past milestones have shaped the future direction of the company. “Company history lessons tell us that the company’s first ‘big break’ in the early 1960s came at Boston Logan Airport, which still remains a top client to this day. We routinely have a crew performing service, maintenance, and larger scale construction projects each week. Other milestone projects include plumbing and fire protection at Gillette Stadium, home to the New England Patriots, projects for Massachusetts General Hospital, and the Millennium Tower in recent years,” says Joe.

Cannistraro continues to deliver an array of services from plumbing to fire protection, HVAC piping, and sheet solutions, as well as turnkey services and maintenance to building owners and construction managers throughout New England. In June 2018, Cannistraro opened “The FID,” a restoration of a historic WWII-era building located at 25 FID Kennedy Ave in Boston’s Seaport District. The newly remodeled building houses Cannistraro’s fabrication and manufacturing operations. This relocation has allowed the company “to move all four of our shops under one roof, just minutes from most of our jobsites, and will be Boston’s first multi-trade manufacturing facility designed for modular fabrication and construction,” explains Joe.

From Contractor to Lean Manufacturer

In addition to a historical building transformation, Cannistraro has recently undergone a cultural transformation from providing plumbing and mechanical contracting services to its customers to becoming a full-blown manufacturer.

“With a focus on innovations and the future of building construction, Cannistraro embarked on a journey to modernize its piping fabrication facility with advanced proprietary equipment. The cornerstone of the success is the integration between Fabrication ESTmep software and the equipment. The goal was to utilize the ‘I’ in Building Information Modeling (BIM) to program the equipment, minimize operator entry, and maximize production while adopting true manufacturing workflows,” explains Joe.

This entire process was detailed in a seminar, “Evolution: Transforming a Manual Industry to Automated Production,” taught by Joe and his colleague Kelly Quinn, Piping Engineer and Designer, during the prestigious Autodesk University 2017 in Las Vegas.

Part of that transformation meant implementing the right processes and machinery in its fabrication facility to support its vision of being a true lean manufacturer.

“Our old copper cutting operation had a metal measuring stick screwed to a table. It was getting worn down and we wanted to replace it and add something like it in another location,” explains Kelly.

“We were trying to accomplish several things. We really wanted a solution that would replace a tape measure in a tradesperson’s hands, increase quality and accuracy of cuts, increase the speed at which we cut, and eliminate a person optimizing pipe cuts in their head and on paper.”

“Integrating a TigerStop with a TigerTouch to our Kwiksnap cast iron pipe cutter was the perfect solution,” says Kelly.

Steve Mailhot of Mailhot Technical Services Inc, was integral to the success of the integration. “The Cannistraro application is pretty unique,” explains Steve. “They are using a TigerRack, a robust TigerStop model capable of push feeding up to 720 pounds of stock, on a cast iron snap cutter. A lot [of] creativity when into perfectly integrating the machine to guarantee a successful outcome. I provided the same level of service I do for all of my customers.” And Steve’s careful attention to detail made a tremendous impact.

Streamlining the Back Office & the Shop Floor

“We wanted a game-changing innovation,” explains Kelly.”We were able to accomplish everything we were looking for without sacrifice and even gain some efficiencies in the fabrication office that weren’t intended.” 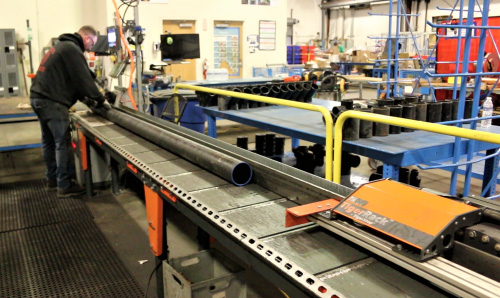 “Our processes have improved both in the office and out on the shop floor. Within the office, we are creating TigerLink (cut list) files for all packages and have eliminated printing of individual spool pipe labels required for the specific packages. Paper has been replaced with uploaded files. On the shop floor, we have completely replaced the tape measure with the TigerStop, saving valuable time measuring, marking, and then cutting. With a calibrated measuring system, we’ve removed any inconsistencies in cut length. It’s the exact length 100% of the time.”

Kelly continues, “Once the trades person selects and uploads the TigerLink file for a particular fabrication package, it’s optimized, and cut by material size. After the cut is made, a label prints out of the connected label printer and is then placed on the pipe for proper identification. This has eliminated the processes of sorting through the previously pre-printed labels, allowing us to focus on the amount of cuts themselves.”

“We have doubled our capacity of cutting and reduced waste drastically through the optimization.”

“Overall, mass producing cuts rather than building per piece is a cultural evolution in a plumbing shop. We already had a ‘manufacturing’ based workflow on our copper tube, but Cast Iron is probably one of the most archaic workflows due to the material type. Using our touch screen controlled TigerRack has allowed us to shift from a per piece production method to a manufacturing workflow, moving finished parts from station to station in an assembly line. While there were speed bumps at first, it improves efficiency in the long run. It is noticeable, pretty quickly, how fast material can flow through the various stages once you start with increases in speed, accuracy, and optimization of cutting,” explains Kelly.

In addition to a TigerRack, Cannistraro employs a SawGear automated length stop on a copper pipe station. 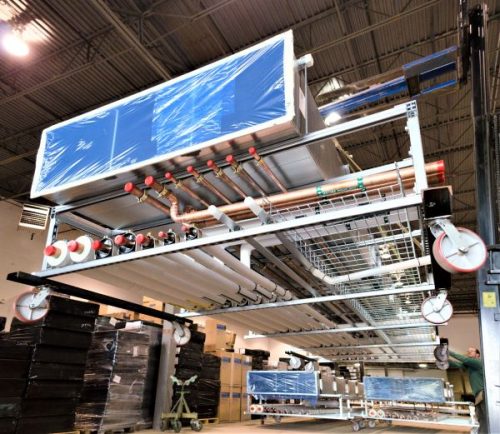 Offsite fabrication for mechanical and plumbing installations results in safer, leaner, and higher-quality projects. Cannistraro looks to fabricate as much as possible, as often as possible, on every project.

“By bringing the bulk of the work into a controlled environment, every piping component is pre-engineered and installed within a pre-determined time frame, thus improving materials management, enabling just-in-time delivery, and decreasing jobsite safety risks. Every piping assembly that is fabricated gets modeled in great detail, spooled, pushed directly to our equipment, and built by licensed craftsmen exactly as specified,” says Joe.

Cannistraro strongly believes that looking toward automation and utilizing technology to its fullest potential is the future.

Cannistraro has a drive for continuous improvement. Each day it aims to be better than the day before.

“We have always made a commitment to be a leader in technology and people,” says Joe. “That has allowed us to stay a step ahead. Technology changes so quickly and it only lasts so long. We are always trying to evolve and find the next innovation that will improve our efficiency and planning.”

One of the ways Cannistraro remains competitive is by sourcing new young talent with fresh ideas. Its robust coop and internship programs with local and national colleges ensure there is a steady stream of new ideas. Training the next generation of tradesmen keeps young people engaged with the manufacturing industry and helps Cannistraro remain competitive.

“We are continually bringing in the best and brightest young people in our industry. In a lot of ways, mechanical contracting is an ‘old-school’ industry, but bringing in young people helps drive innovation and keep us from doing something just because ‘it’s worked for 50 years.’ Sometimes the best ideas come from those who know nothing about plumbing and how it has been done before. It can be eye-opening.” 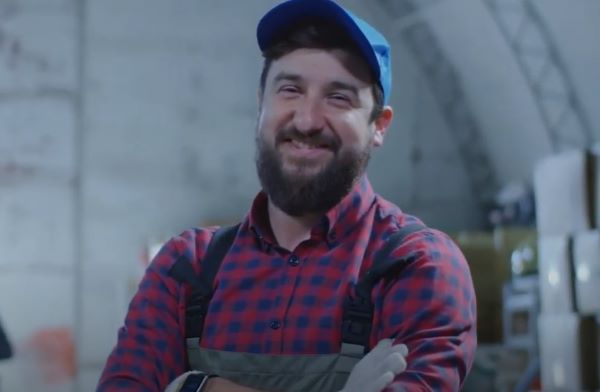 It speaks volumes that in 2017 Cannistraro was named one of Massachusett’s best places to work by the Boston Globe. “As a mechanical contractor, being on a list with so many different types of companies outside our market is a testament to how we have tried to remain centered throughout rapid growth in the last decade,” explains Joe.

Culture cannot easily be copied by competitors. It results from a consistent set of shared values over time. “Culture is that secret sauce and I do think ours is built on the foundation of a family owned business with deep values. As we have grown in size over the years, the culture and values have remained.”

Every step of the way, through all the company’s growth, these values have been applied. Providing great work for great clients with great employees is what it’s all about.