If you like Harley-Davidsons, The Packers, cheese curds, brats, and Brode’s, then you surely love Wisconsin. “America’s Dairyland” is famed for a number of culinary rarities (“25 Best Things About Living in Wisconsin“) and kindhearted Midwesterners rallying around their shared love of football, food, and most importantly, family. For J&D Tube Benders, a third-generation family-run manufacturing shop in Schofield, Wisconsin, being a tight-knit, community-focused business is its greatest strength. 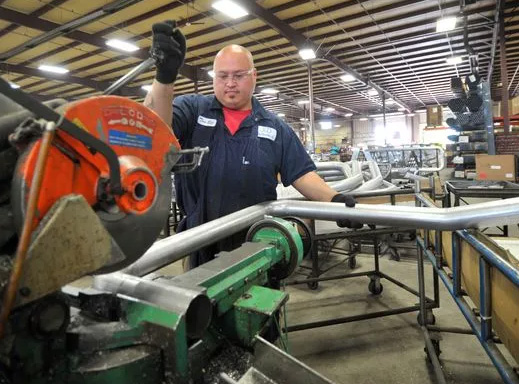 It wasn’t intended to be anything more than a part-time job, or so they thought. The co-workers were moonlighting in the after-hours of their regular shift at Drott Manufacturing, turning out part after part in a small, makeshift shop. It was 1968 and they had cobbled together the necessary equipment—a bender and a saw—to produce port tubes for hydraulic cylinders. They had even contracted a customer, their very own employer in fact, Drott Manufacturing, which had recently eliminated a work cell in its facility making port tubes. So Jack Gauger Jr. and Dane Felch seized the opportunity, not knowing exactly what would come of their newfound start-up, J&D Tube Benders.

But as it turned out, Jack Gauger Jr. and Dane Felch had a serious knack for manufacturing and supplying quality tubing and parts. Word quickly spread, and by 1981, the company had grown to over 7,000 square feet of factory space located in Schofield’s Industrial Park. Business was booming and additional employees were hired to handle the seemingly compounding workloads.

In 1992 Dane Felch’s son, Tom, and daughter-in-law, Janet, purchased Jack Gauger’s interest in the company, turning the business into a full-fledged Felch family affair. Now, how about that alliteration?

Today Tom is co-owner and president, Janet is co-owner and vice president of administration, and their son, Jon Felch, is vice president of operations. The company proficiently manufactures hydraulic tube lines and their capabilities include tube bending, welding, brazing, end forming, cutting, machining, laser cutting, and more. They supply companies across the nation with tubes and tube assemblies, including Gradall Excavators, Warner & Swasey, John Deere, Caterpillar, and the US Armed Forces. 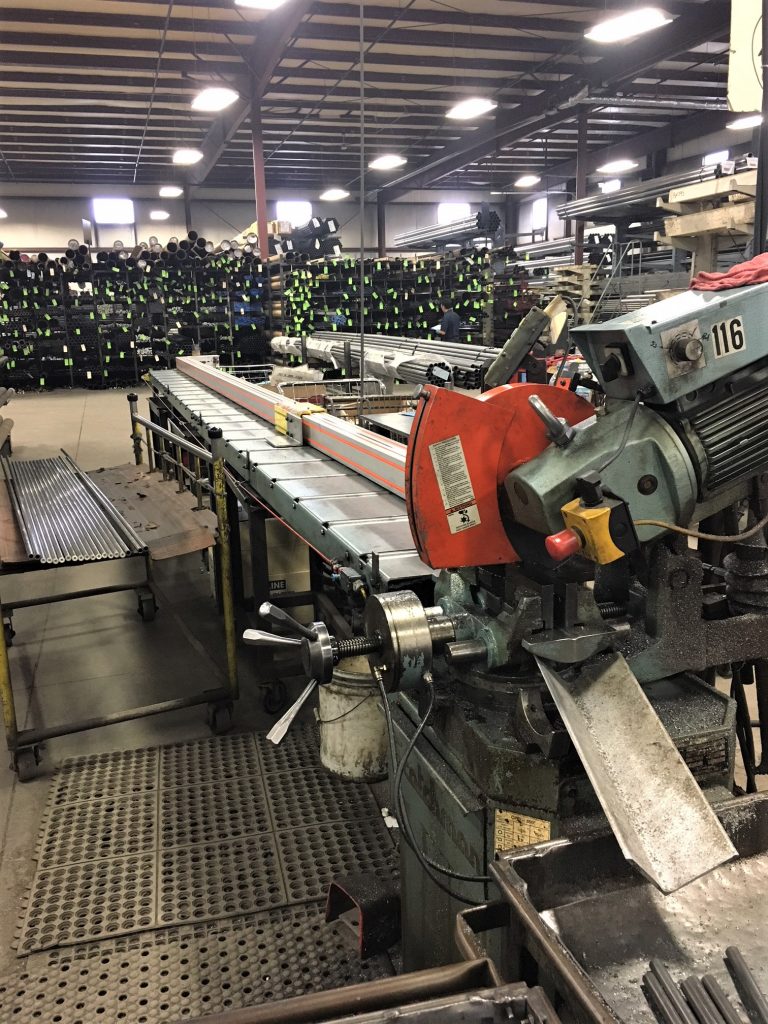 J&D Tube Benders has come a long way in its almost 50 years of operation. In 2007, the company was honored and listed as one of America’s fastest-growing private companies by INC 5000. Their staggering growth from 2004 to 2007 was an astonishing 140%.

In 2011, J&D Tube Benders won the nationally recognized Tube and Pipe Business of the year award. The company has also been featured on Fabricator’s Fab 40 and took home the Small Business of the Year Award from the Wausau Region Chamber of Commerce.

Jon Felch, grandson of founder Dane Felch, explains how the company remains successful by keeping as many processes in-house as possible. In particular, Jon explains how a focus on optimizing its cold saw cut-off stations has impacted the company’s productivity and, ultimately, its profitability.

J&D Tube Benders used to cut parts on its cold saws as most manufacturing shops do—measuring and marking material, cutting longest pieces first, and working down to shorter lengths. But Jon knew there had to be a more efficient method to achieve the same, or far better, results.

“We purchased our first TigerStop automated positioner maybe 10-12 years ago; we put one on a cold saw to streamline it as much as possible. At the time we were very interested in the waste reduction capabilities. We put the TigerStop on one of our most expensive product line cells. The saw wasn’t high volume in comparison to other cells in our shop, but it was cutting a lot of expensive random length pieces. The cut list could vary from 10″, to 12″, to 11.5″, you name it,” explains Jon.

“What the Operations team saw immediately was that the TigerStop took all of the thinking away from the operator,” explains Jon.

Using a TigerStop automated positioner meant operators no longer had to spend time measuring and marking material as accurately as possible, spend time calculating which parts to cut first from a job list, or risk miscutting expensive material.

Tubing materials, including carbon, copper, aluminum, and stainless steel, are by no means inexpensive. “Stainless steel can be $6-$8 per foot,” says Jon. Any number of mistakes and inaccuracies can be costly, especially when multiplied over two shifts per day.

“After utilizing TigerStop’s Dynamic Optimization software, we fell in love with them! The optimizer helped with waste reduction. Its ability to quickly think and optimize material was a time saver, so we put our second TigerStop in a year later. After using TigerStops we noted that our drop racks were so much smaller. We were getting so much better usage from our stock. By 3-5 months after we installed the TigerStops they were basically paying for themselves through the time savings and material savings,” explains Jon.

“We have TigerStops on all of our cold saws right now. That’s how valuable they are. We have 4 full TigerStops and 3 SawGears.” 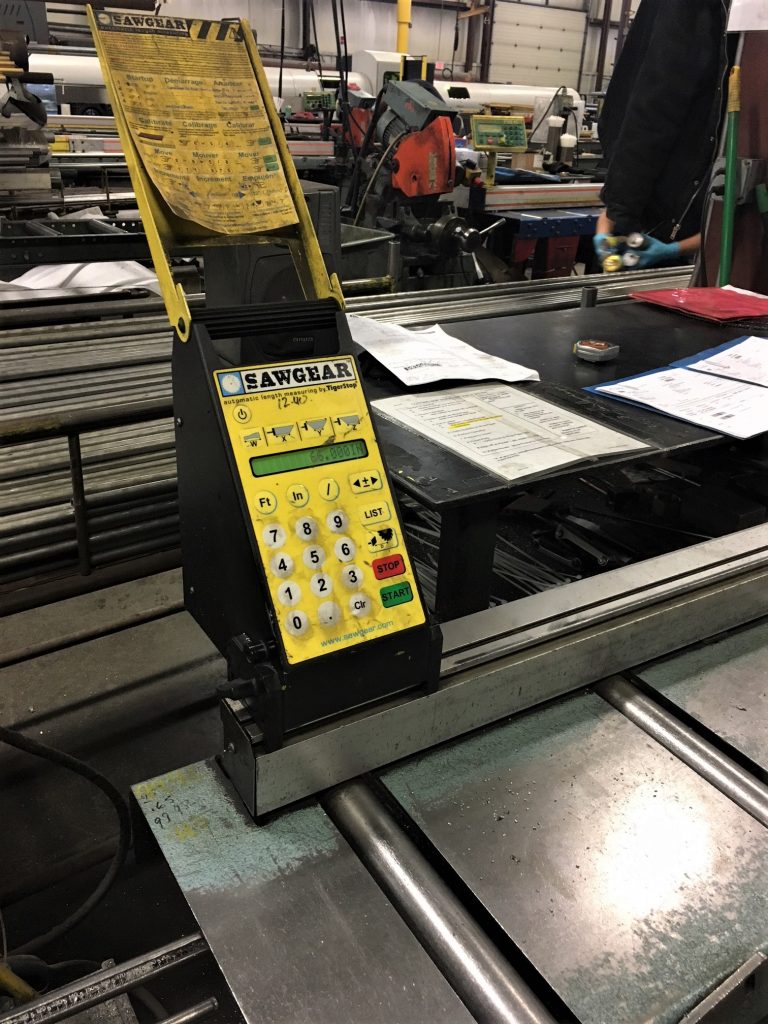 “The saw that we run our high production product on has a TigerStop with an Advanced Interconnect Kit. We calculated that using the same operator and making the same high volume product, the saw’s productivity was increased by some 40%! That’s why we have TigerStops on every single one of our cold saws.”

“Looks can be deceiving,” explains Jon. “When you look at TigerStops, well, they don’t look like much. But once you get them going it’s incredible to see. We are going to cut 100,000 tube assemblies this month alone, and TigerStops make that possible.”

Not only are TigerStops beneficial for productivity gains and a significant reduction in drops, they are particularly helpful in combating the skilled labor shortage so prevalent in manufacturing.

“Using a TigerStop is simple. You type in a length and the machine does the work for you. It helps with new hires as well. Within a couple of hours a brand new operator is able to run our TigerStops.”

In addition to TigerStops, J&D Tube Benders have invested in two robotic arms for the shop floor, a 3-axis tube laser capable of cutting up to 6.00″, and a CNC tube bender. Investing in quality equipment makes it possible for all 130+ employees to produce quality products in J&D Tube Benders’ 124,000 square foot facility, day in and day out. 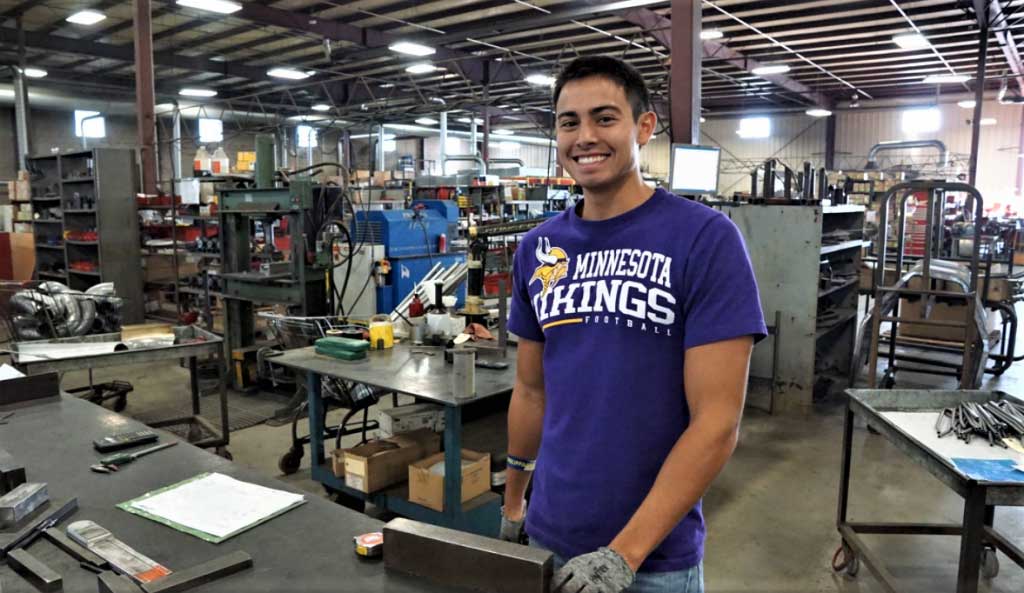 Today the company is nearing third-generation ownership. And as Jon explains it, “There’s nothing more rewarding than working with your family. Not only do I work with my family, my co-workers and employees are like family.”

“The very first employee my Grandfather hired retired two years ago. The 2nd and third employees hired retired shortly after. Each year we have a recognition dinner for our employees in the 25 Year Club. For many employees, J&D Tube Benders is their first and last job. This makes them so invaluable to our organization—their skills are unmatched. Their kids start to work here, their friends. We are very fortunate to have such strong family ties. That’s our greatest strength.”