Who Is Expert Shutters? 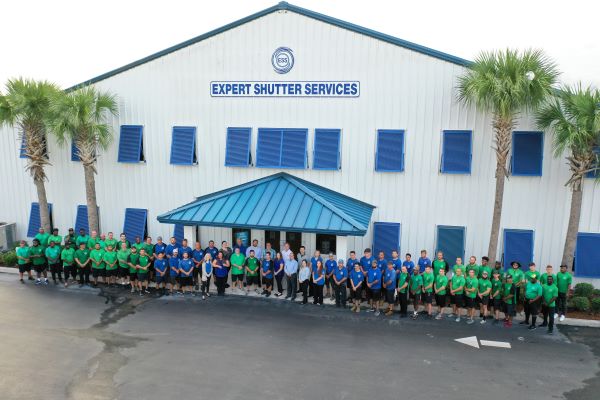 Michael founded Expert Shutters in 1988 with his wife, Jamie, who serves as CFO. As Michael tells it, the company “started with a used desk, purchased at a garage sale for $20.” Today, the company has 85 employees and manufactures for over 100 shutter companies.

While the company has grown significantly in almost 35 years, its core values of faith and family have remained. Today, Michael and Jamie, their sons, Chris and Mike Jr., and their daughter-in-law Megan all work for the company. “On any given day,” remarks Michael, “you will likely see several family members, grandchildren, and even the family dogs.”

Expert Shutters also starts each day with prayer. Their strong faith means giving back to the community, with donations, fundraisers, and a Community Outreach Program. They also shut down Expert Shutters on Thanksgiving to help with local food banks. 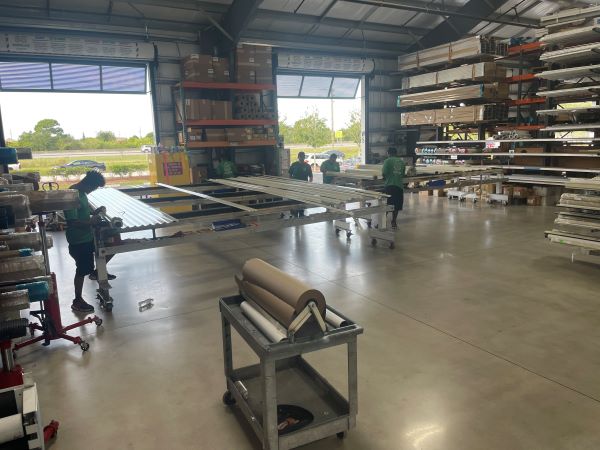 The company’s shutters were already great successes. In 2003, they designed, patented, and developed the HV Accordion Shutters. Thanks to Expert Shutters’ top-quality design, manufacturing times could be cut down by 20 percent and installation by 40 percent. In the 18 years since, this product has remained the #1 best-selling accordion shutter in the country!

In 2010, they designed, patented, and developed the Nautilus Rolling Shutter. This rolling shutter is especially notable for how compact its design is. The well-designed compact rolling shutter has been licensed to businesses all over, including Chicago, Germany, France, and England.

In 2015, the Nautilus Rolling Shutter won the Innovation Award at the R&T Show in Stuttgart, Germany. Expert Shutters was the first American company to get the award.

They have also received some impressive local prizes. In 2018, Expert Shutters was named amongst “The Top 50 Companies to Watch” by Grow Florida. In both 2019 and 2020, Expert Shutters was a finalist for the “Governor’s Sterling Award for Business Excellence” for the state of Florida. And after being the 2019 runner-up, the company was the 2020 winner of “Manufacturer of the Year” by South Florida Manufacturers Association. 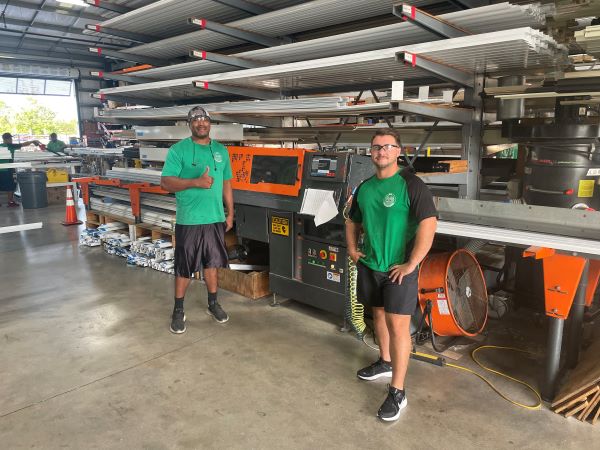 In addition to the high quality of their shutters, Expert Shutters also prides themselves on orders being shipped and delivered in a prompt fashion.

Michael expresses that Expert Shutters is always looking for ways to improve, including in customer service. They look to both hire great employees and make sure to provide the best working environment. As Michael puts it, Expert Shutters “consistently strive[s] to improve the quality and consistency of our processes, our products, and our people.”

One of the ways they’ve managed to improve their processes is by moving to automation. That’s where TigerStop automatic saw systems come in.

What Led Expert Shutters to TigerStop

After first purchasing a product that used the 12-inch TigerStop, Michael and his team at Expert Shutters were seriously impressed by the quality. As the company started to shift to being more automated, he knew which brand to turn to for automatic saw systems. “As our production grew, we added optimization, then automation. TigerSaw 2000s were the answer.”

Before and After TigerStop Automatic Saw Systems 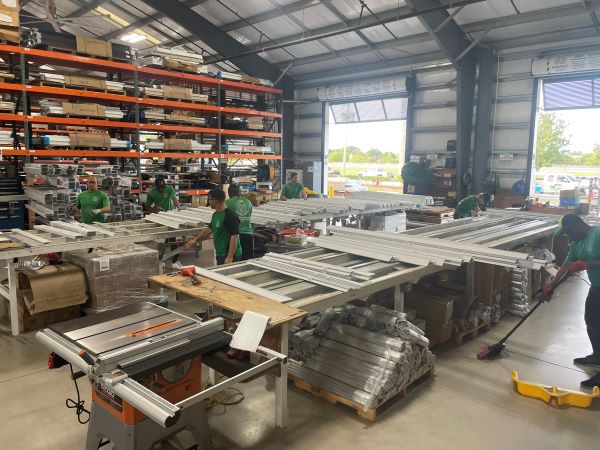 Prior to the TigerSaw 2000, Michael explains, things were mostly done manually, which wasn’t working as well as it could. After all, manually adjusted stops unfortunately meant there could be errors and inconsistencies, so cuts weren’t always accurate. Expert Shutters also used traditional spreadsheets to keep track of orders, cut lists, remnants, and inventory.

Since using the fully automatic push feeding saw system TigerSaw 2000, there’s been a notable difference. To start, this automatic saw system is sure to give incredibly accurate cuts, which also reduces waste.

Expert Shutters has been able to improve their processes by making them entirely automated. This means new orders being processed, demand planning, and purchasing and inventory control. Michael adds, “We globally optimize our production runs and manage our remnants. CSV files are created and placed on our server, so that they can be accessed from any of the saws.”

How the TigerSaw 2000 Enabled Savings

Michael revealed they initially expected the return on investment (ROI) to take six months. However, they were pleasantly surprised that the reduction of labor and material was even better than expected. He added that they have ordered another TigerSaw 2000, and this time, the estimated ROI is down to four months.

The TigerSaw 2000’s Dynamic Optimization software can maximize yields, which increases profit. Since making the switch, Expert Shutters’ averaging yield has increased from 92 to 96 percent.

The Future of Expert Shutters and Automatic Saw Systems 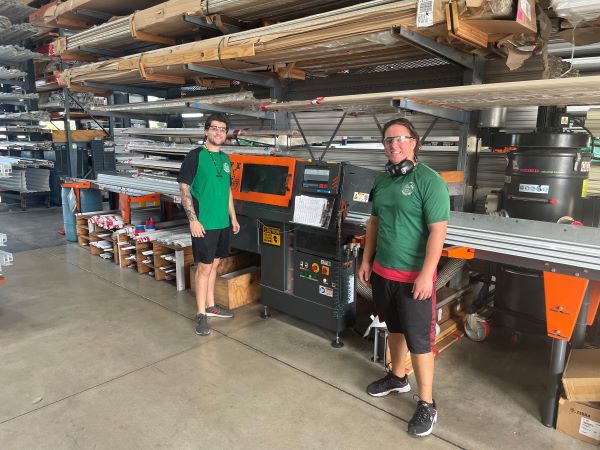 In addition to a new TigerSaw 2000, Expert Shutters has also purchased three TigerStop 20s and one TigerStop 24 with TigerTouch Tablet Packages. The TigerStops can turn any manual machines into automatic saw systems. They are also easy to learn and operate.

The TigerTouch tablet is state-of-the-art technology far more effective than traditional spreadsheets. It allows employees to download cut lists and to display up to three cut lists at once. It also displays important information like yields and remaining parts.

These purchases will be used for drilling and punching lines. And TigerStop products make it easy to access pattern lists from a server.
This latest purchase of TigerStop products will enable Expert Shutters to reach their goal. Once these are installed, there will be no more manually operated stops. Instead, shutter production will be entirely automated, with all the benefits that allows.

Interested in learning more about what TigerStop has to offer? You can find plenty of information on our products, as well as other case studies and testimonials, on our website.