Manpower can’t be tethered to a single machine. Workers are needed to move around freely from one station to the next without interruption. “As our economy recovers we’re seeing a shortage of talent in professional trades so companies want to do more with the people they have,” says Spencer Dick, CEO of TigerStop LLC, Vancouver, Washington.

“Our mission is to not only keep regional businesses competitive, but to also do their part to curtail cut rate, substandard and possibly illegal imports from entering the marketplace, which can be really damaging,” Dick says.

Maintaining a local presence as a resource for the North American manufacturing sector is key, says Dick. “The biggest cost in any product in the U.S. is material cost,” he says. “The ability to get better yield of material, and yield of labor time for U.S. manufacturers, assists them in keeping selling prices lower, thus reducing the temptation for their customers to buy products and components overseas.”

The TigerSaw 2000 is a cross-cutting system for nonferrous materials that features a heavy-duty 18 in. saw with a cutting envelope paired with an accurate pusher system for a single piece flow or pack sawing application up to 26 ft. long.

The Dynamic Optimization automated lineal cutting software provides precision cutting and a lube mister and flow controls for controlled saw-stroke cycle and excellent cut quality, says Dick. The software allows operators to have automatic and optimized length cutting, maximizing blade life, pack sawing of multiple parts, while not taking up any more space than the area that’s already used for cross cutting. Cutting bills are downloaded from the office. 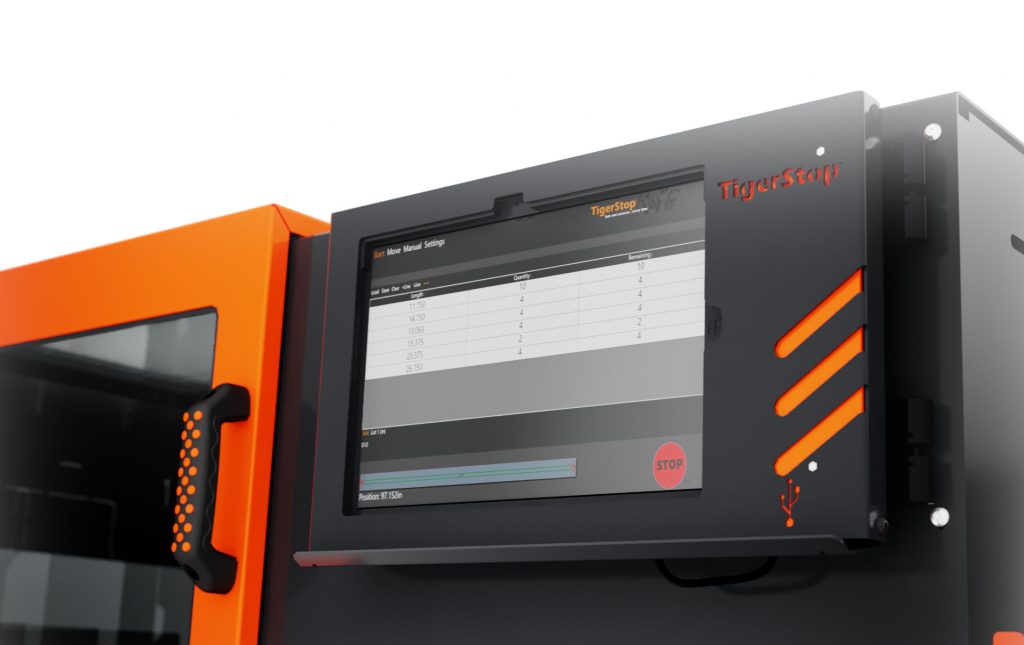 Many small manufacturers that cut, say, aluminum, use office optimization. “They’re using a program that says it is cutting perfect material and creates patterns based on the cutting group they might be working on that day or the next,” says Dick. “But most of the optimization algorithms are not generic algorithms. Once you’re on the plant floor you realize efficiency is lost during floor drops—the items that come off the last run.

“Drops never go where they’re expected,” he continues. “They get dropped—placed elsewhere in the shop—and the optimization goes out the door.” From there, Dick says aluminum extrusions are often exposed to drag marks from the die, scratches where a forklift hit them and, “after cutting, material is put in a rack and it waits for the vendor to arrive. In the meantime there is a lot of paperwork to go through in the engineering office. Tracking becomes a disaster when discerning between all the different [cut] extrusions.”

Instead of a generic algorithm, an intelligent algorithm allows the user to download a list of parts. Parts are introduced from the last run and if operators detect any defects (dents, scratches), they can mark the material with an ultraviolet crayon and then determine how to remove the defect and save the part from the scrap pile.

“As the owner of a company, it’s important to realize that you don’t actually want a ton of scrap in a bin at the end of the day. That scrap is costing a lot of money,” Dick says. Instead of double-handling material and ending up with unusable pieces, TigerStop employs software that helps operators catch defects early and then correct them.

“That way you’re not trying to get patterns straight or keep track of drops or remnants, or have operators with 20 ft. lengths working in a separate pile. You want to avoid anything like that, which keeps you from cutting.” 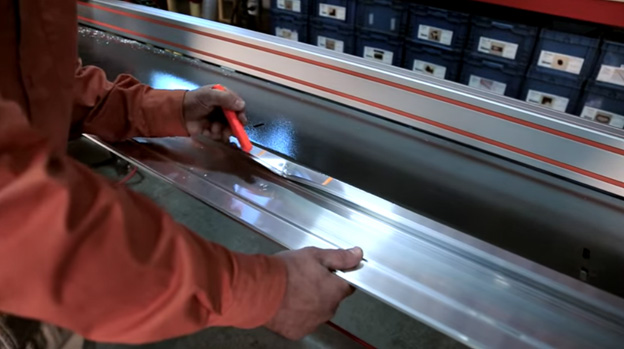 Creating scrap is unavoidable when doing any kind of cutting. Discarded miscalculations or ambitious undertakings don’t quite make the grade. Most manufacturers sell their scrap back to the aluminum producer, but at a fraction of what was paid for the prime material. The revenue collected from this byproduct is often misleading, according to Dick.

“People think of their scrap as being a profit center but they only get 65 cents a pound. They buy by the foot but scrap by the pound—so they’re actually only getting back about 20 to 25 percent of the value of the material,” he explains. “So if they can put material in product and not in a scrap bin, it actually adds up to a much lower cost of goods sold.”

Rather than focus on the return, Dick emphasizes the importance of realizing higher yields on prime material. “So now they can cut that scrap in half and realize this process of optimizing really pays,” he says, adding optimization saves money over time but initially might introduce a different kind of problem.

“A customer of ours had a standard for ordering material that they used for 10 years and continued using that when they implemented this equipment,” Dick says. “They quickly found themselves drowning in material. They realized they were able to pay off this equipment upgrade fast, but had to re-evaluate how they order stock.”

On steel cutting, optimization is secondary, Dick says. “It requires manufacturing and engineering doing the optimization,” he explains. “People working steel do it even less than aluminum. So it’s a dynamic. If making banisters and architectural pieces, you get a much better yield because you’re giving it to some guy with 15 other things on his plate to do.” 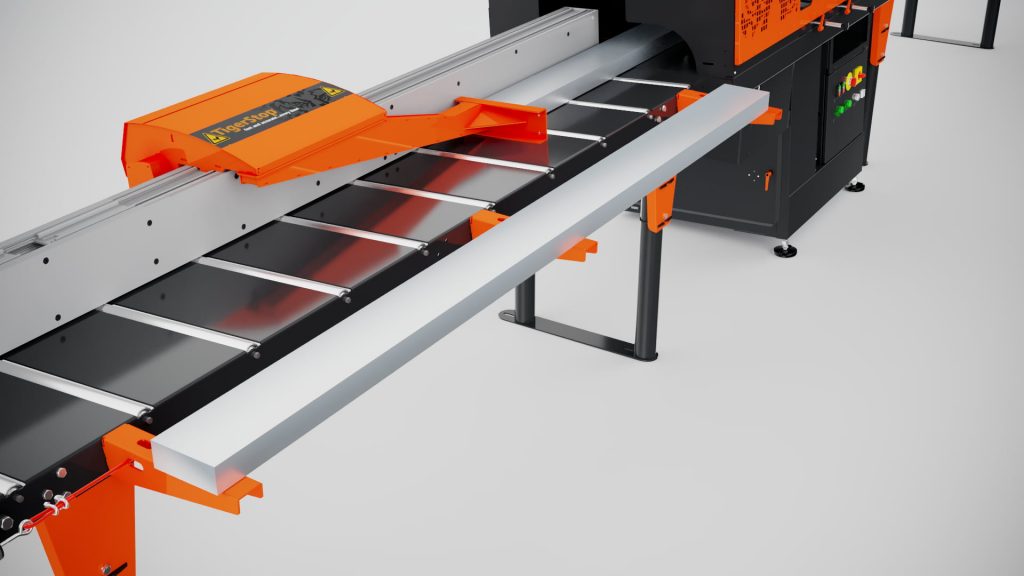 For example, out of 12 ft. of raw stock, with a 46-in. cut, the operator would get three pieces with very little waste. TigerStop’s dynamic optimizing does the math, allowing the operator to simultaneously perform other operations. “He can make cuts and put on a paper label or inkjet material if you’re push feeding,” Dick says. “He can spend time cutting, not doing paperwork, and he doesn’t have to worry if the cuts will be accurate.”

Set Up and Walk Away

TigerStop is introducing infeeding for both ferrous and nonferrous material. In fact, the company has offered these solutions for a number of years for its European customers but recently found demand growing in North America. “As we see a recovering economy and a lack of [new entrants in the] professional trades, more and more companies want options they can set up and walk away from,” Dick says.

Speed is notably improved particularly for cutting ferrous material. “The cutting is a lot faster,” he says. “By integrating automated infeeding, operators can tend to multiple machines, saving tremendously in operating and production costs because they are no longer paying an operator $36 an hour just to shove steel into a machine.”